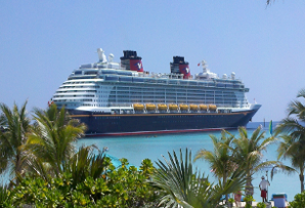 The first area manger project under taken was in 96/97 on Disney Cruise Lines (DCL) first ship in the fleet; Disney Magic. The theater on any cruise ship can be found normally at the front spanning several decks to accommodate the rigging. The task included the complete coordination of the technical aspects required for a theater install. From stage lifts to front of house, from wall boxes to scene rigging and lighting rigging, to audio lines a speaker installation, as well safety e-stops.

Other areas of management have included all of the outside venues of the top decks. From kids play areas/creches to bandstands and distributed audio.

We make your space amazing, seamlessly integrating technology at your fingertips or from you lips both on land or at sea. http://www.creamav.com